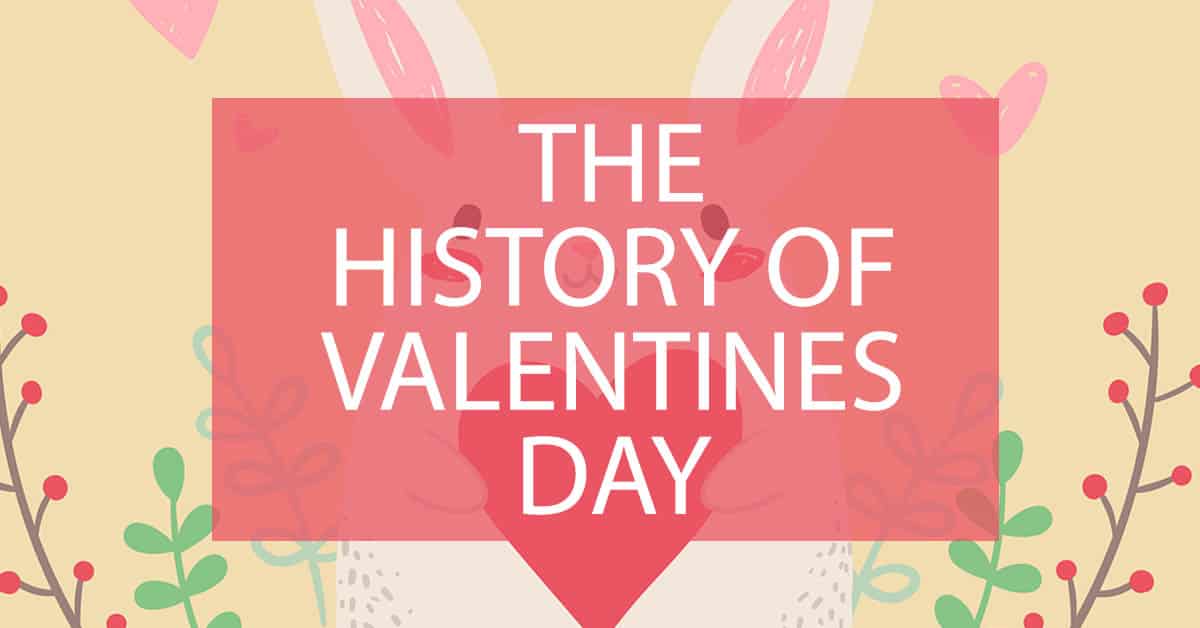 Surprisingly Valentine’s Day is celebrated in almost every country, although not always on February 14th. There are a few explanations as to the history of Valentine’s Day.

Some believe that the history of Valentine’s Day began in Rome. In around 500 AD, the emperor decreed that is was every man’s duty to serve in the army. But the emperor thought that married men were distracted by wives and families. He decided that only single men should be soldiers. So he forbid the clergy to perform marriages of eligible men between certain ages. That way his army had a bigger base to draw from.

One clergyman refused to obey and performed the marriages in secret. That rebellious priest was called Valentinus. When the emperor found out he made a martyr out of Valentinus and is said to have had him executed.

The importance of chocolate on Valentine’s Day

For many years, chocolate has been considered an aphrodisiac. It’s thought that could be one reason why boxes of chocolates are given as gifts on Valentine’s Day. Chocolate stimulates the production of endorphins which causes your brain to release feel good hormones.

In 1907, Milton Hershey invented the now famous drop shaped chocolate kisses.  However it was Russell Stover who introduced the heart-shaped box filled with chocolate and linked it to Valentine’s Day.

Why are Roses given on Valentine’s Day?

Every year, 250 million roses are purchased for Valentine’s Day! And most of these are red.

Years ago in Victorian England flowers were given as a method of secret communication. Each species of flower signified an emotion as did its color. And the colors meaning changed based on the type of flower.

What do Red Roses represent?

According to this English tradition, roses signified love, affection, sincerity, jealousy, friendship or purity depending on the color.

Why is Champagne consumed on Valentine’s Day?

Champagne is a sparkling wine produced only in Champagne, France. And prices range upwards to hundreds of dollars per bottle. And that may be why champagne is associated with Valentine’s Day. If you are truly loved the champagne will be on the pricey side because you’re worth it.

Some say another reason is that the bubbles make the wine go to your head faster, which may put you in a good mood!  Yes, it’s true the fizz in the bubbles get you tipsy faster than non-bubbly wine.

Why are strawberries associated with Valentine’s Day?

Some say it’s due to the color red. However others believe that the reason that strawberries are associated with Valentine’s Day is that they are out of season and must be imported, which makes them pricey.

Also, when you look at a strawberry you may notice that it is somewhat heart shaped, especially when cut in half. And of course, chocolate dipped strawberries served with champagne is the ultimate indulgent St. Valentine’s Day dessert.