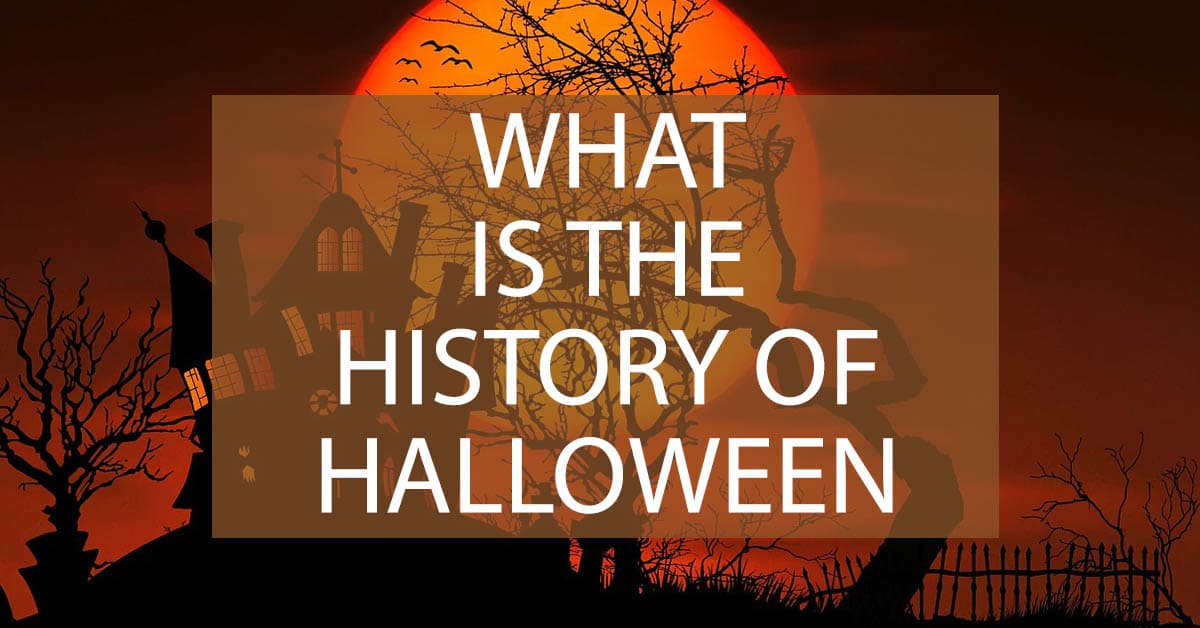 What is the history of Halloween?

People have celebrated Halloween all over the world since ancient times. And the history of Halloween is an interesting one. Some think that it is a Christian celebration, but it is not. It originated from ancient Celtic pagan customs. Halloween was known as Samhain in Ireland and Scotland. This is also the name of the month in which October 31st falls.

In some countries such as America, people go from door to door to ask for candies and goodies on this day. Children dress up as ghosts or ghouls and go trick-or-treating on this occasion. Nowadays, the end of October often means a ghoulish party season is in full swing! From parties to Trunk or Treats, there is now a way to celebrate Halloween for everyone’s taste!

What does the word “Halloween” mean?

The name ‘Halloween’ comes from the Old English ‘Hallows Eve’, meaning ‘the evening before All Saints Day. All Saints Day or Hallowmas falls on November 1. This day represented the time when Christians prepare to remember all of the saints and martyrs who died for their beliefs

How do people celebrate Halloween?

Halloween falls on October 31st. The traditions vary according to different countries, but the most common are dressing up in costumes and trick-or-treating.

People celebrate Halloween in many different ways. One of the most popular ways to celebrate is by dressing up in costumes and going door-to-door trick-or-treating with friends or family members. Kids will dress up in spooky or fun costumes.

Some people may also attend costume parties with friends or family members on this night. There are also many fun alternatives to trick or treating!

The most popular Halloween traditions include: Trick-or-treating (going door to door in costumes), carving jack-o’-lanterns (an orange pumpkin with a face carved into it), dressing up in costumes, playing pranks on people, telling ghost stories, and watching horror films. New Halloween trends include Trunk or Treat, Halloween-themed Baby Showers and beautiful Halloween porch decorations. A new trend is decorating a Halloween Tree! You can see our favorite ideas for Halloween Trees here.

What are the Origins of Trick or Treating?

Trick or treating is a tradition that was first found in Ireland and the UK. In Ireland, they would go from door to door asking for food, money, or drink.

It is not known what the origins of trick-or-treating in the United States are. However, Halloween may have been brought to the US by Irish immigrants who loved in North America. This was a way to keep in touch with their culture and heritage.

Is Halloween Christian? What are its Pagan Origins?

Some believe that the holiday originated from an ancient Celtic harvest festival called Samhain. This festival was a celebration of the end of summer and the beginning of winter.

Some historians believe that people used to wear masks and costumes to disguise themselves from evil spirits. On this day it was believed they roamed freely.

The Celtic pagans that lived in Ireland, Scotland, and Wales also celebrated this festival with bonfires, costumes, and fortune-telling to learn about what would happen in the coming year. Eventually, the holiday spread to America by Irish immigrants fleeing their home country for religious freedom in the 18th century.

Many people believe that the history of Halloween is from centuries-old myths and customs of pagan origin. For example, trick-or-treating and dressing up in costumes to ward off evil spirits or represent otherworldly

Modern-day Halloween is a lot different than the way it used to be. Nowadays, there are lots of ways to celebrate Halloween. From decorating your porch to hosting themed parties, there are so many fun ways to join in with the festivities. And if trick or treating isn’t your thing, how about a Trunk or Treat event!