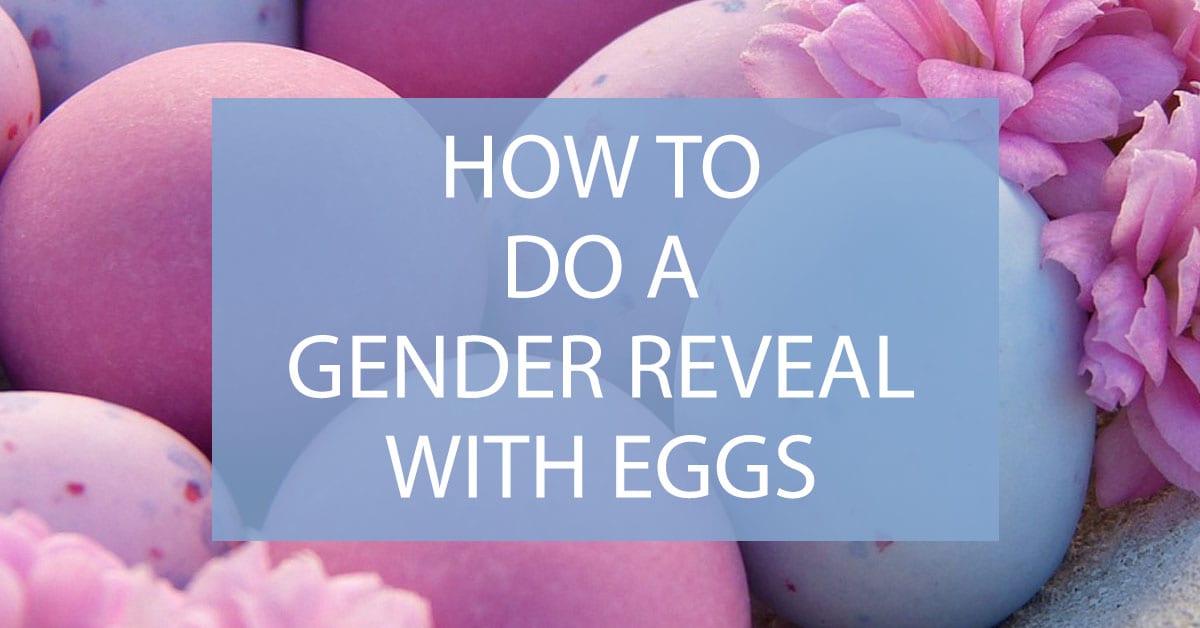 How to do a Gender Reveal with eggs is something that we get asked a lot!

Gender Reveal parties have grown in popularity over the last decade. Finding out whether you’re having a little prince or princess is a special moment, why not share it with family and friends and hey- who needs an excuse to party?!

Revealing your baby’s gender is a chance to have a little fun and share the joy as well as creating excitement for the incoming bundle of joy. We’ve shown you lots of Gender Reveal ideas already, but today we bring you something special and a little different. Read on to find out how to do a Gender Reveal with

Today, we bring you the coolest thing on the internet. You can thank us later.

Jimmy Fallon plays a hilarious game of egg roulette, where he has guests take turns smashing eggs on their heads. One is raw and will smash all down their foreheads.

Now, imagine this game as a Gender Reveal. If you want to see egg-zactly how to play, check out the link to a hilarious video above.

The Gender Reveal version of egg roulette involves dying eggs. You can choose two arbitrary colors or stick with the traditional choices of either blue or pink. It doesn’t have to be a statement about gender stereotypes, it can just be traditional symbols.

All of the eggs are hard-boiled, except for the one that will reveal the gender – that one stays raw.

Now the fun begins. It’s a great way for everyone to have a great time and it really builds the tension and creates a sense of anticipation and an air of eggcitement.

The players take turns in breaking a colored egg on their forehead. If the egg is hard-boiled – it’s not the gender. Usually this is the Mom and Dad to be, but you can include grandparents, siblings, friends, it’s your party, you make the rules. Whoever has the raw egg has the correct gender – and a head dripping in egg.

It’s hilariously good fun. A game is one of the best ways to “break” the gender reveal. If you want some more ideas, you can check out some of the other posts on our blog.

Ideally, this game should be played by the expectant parents and therefore the gender should be a surprise. Ask the doctor administering your scan to jot down the gender on a piece of paper and place it in a sealed envelope. Then you need to have a good friend or family member set it up for you.

Ask a close friend or family member to set the gender reveal roulette up for you. Hand them the envelope and tell them to boil eleven eggs (or more if you want to keep the game going for longer) and keep one raw. Dye the raw egg, the correct gender, and the others a mixture of blue and pink. Make sure that you have an even number of each gender.

The game itself is very simple and very fun. Simply take it in turns to crack an egg on your forehead. Eventually one of you will break the raw egg – the color of the egg that’s raw is the color of the gender. Now how’s that for an eggciting Gender Reveal idea?

A sweet twist on gender egg roulette is a low key way to reveal the gender to your loved ones who live far away and won’t be able to attend your gender reveal party. Or if you’re stuck inside because of coronavirus, be sure to try this cute gender reveal gimmick.

There are several variations, but the point is to smash a hollowed out egg which will shower colored glitter with a little note. And it’s a sweet way to include family and friends who live far away.

If you want to see the viral video that started the whole craze, we’ve linked it for you right here. It’s wholesome and heartwarming, wouldn’t you want a gender reveal like this one?